A Sportlogiq Classic is an under-appreciated game that is brought to life in a new way when looked at through the prism of our advanced analytics.

This game is a Sportlogiq Classic as it featured the most offense generating plays (OGP) of any game this season. The average NHL game for the 2019-20 season had 152 OGPs for both teams combined, whereas this game featured 218. (118 for Fla and 100 for NYI)

OGPs are made up of all plays that lead to scoring chances. In other words, they’re plays that move the puck into high danger areas or situations, recovering pucks for your team, and putting high quality shot attempts on net.

This November matchup between the Islanders and Panthers was very interesting. While the game was low scoring, finishing 2-1, both goalies were put to the test trading saves on high danger chances and keeping their teams within striking distance (Expected goals (XG) finished 3.45-3.01 for Fla) 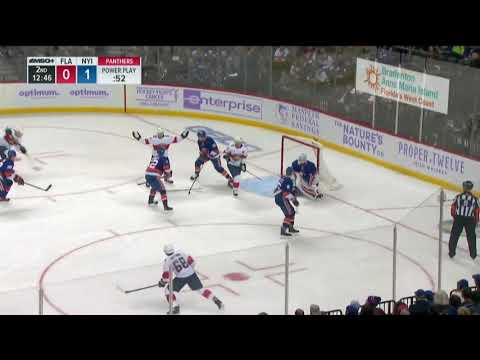 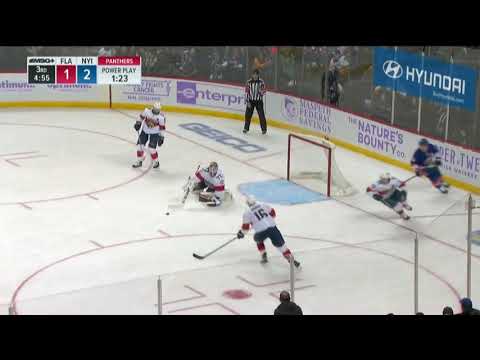 The even-strength XG (ES XG) was the most telling metric in this one as the Islanders had an ES XG of 1.98, which was very close to the 2 even-strength goals that they scored.

Florida on the other hand, had an ES XG of 1.71, which they weren’t able to capitalize on. An example of this is highlighted above as they were robbed by Greiss’ strong performance at ES.

The Panthers weren’t finished producing chances as their powerplay had another 1.56 XG worth of opportunities and this is where they tied up the game midway through the 3rd.  Unfortunately, that effort was extinguished less than 40 seconds later when New York caught a bit of a break off a bouncing puck in the inner slot, recapturing the lead for good.

The Islanders spent more than 53 minutes (89% of the game) with the lead, after scoring their first goal just over 5 minutes into the game.

The even-strength shot numbers at first glance appear to favor Florida, however taking score effects into account, the Panthers threw many more attempts toward the net while trailing, especially in the 3rd period.

As the Islanders often do, they limited many of the higher danger chances against from reaching the net, holding Florida to only 8 even-strength shots on net from the slot (despite the disparity on overall shot attempt numbers), compared to the 12 ES slot shots on net that New York produced.

Both teams produced the majority of their ES scoring chances off the cycle.

The players that led in OGP’s were Barkov and Huberdeau, each with 23 for Florida, and Barzal with 19 for New York. While Barzal led his team in box score stats (1 Goal, 1 Assist, 5 Shots on goal), Barkov held his own with 1 Goal and 9 Shots on target. The OGP’s especially highlight Huberdeau’s performance, which otherwise might not have stood out (1 Assist, 3 Shots on goal in 21:36 of ice time where more than 6 of those minutes were on the powerplay).

The 46 combined OGP’s that Barkov and Huberdeau generated were the highest among any duo this season, and significantly higher than their per-game averages of 9 and 9.6 respectively. Barzal, by comparison, had a per-game average of 10.4 OGP’s this season. Total OGPs in the game One powerplay shift was a big contributor to the number of OGP’s for the game, as the Islanders kept the same Florida penalty killers on the ice for over 1:20. In this time, Sportlogiq recorded 141 events, really capturing the movement and pressure the Islanders put on Florida. The powerplay only recorded 4 shot attempts, but so much more took place with quick passes, impressive blueline holds, and dangerous looks compared to the 8 total events recorded by NHL PBP. 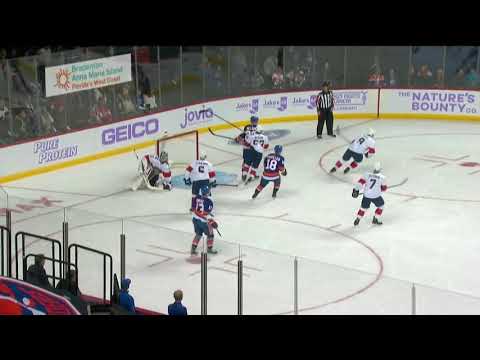 The standard box score does not do this game justice. Despite the low score, this contest was a thriller. Both teams were constantly looking to create quality scoring chances, generating the highest offensive attacks of the season, and if it wasn’t for sensational goaltending on both ends of the ice, either team could have easily doubled their goal totals.

The base box score doesn’t always tell the whole story. There’s so much that contributes to winning that often goes unnoticed. At Sportlogiq we’re tracking this, uncovering gems and recognizing the classics.