How We Watch the Game

Once again, the eyes of the world are trained on the beautiful game, with the Women’s World Cup now underway in France.

We’re watching it too.  But we’re not watching it in the way most people, or most companies, watch it.  At Sportlogiq, we’ve built our reputation on analyzing sport in microscopic detail, and soccer is no different.

We believe that there is an edge to be gained by the teams we work with, and the media companies we supply information to, if they understand that not all data is created equal.  That the context around every action is as important as the action itself, and that data is only valuable if there are actionable, useful insights derived from it.

And it was with this mindset that we recently turned our attention to the world of soccer, having helped several teams win game after game in the hyper-competitive world of NHL hockey.

Of course, Sportlogiq’s soccer data includes all the traditional metrics.  The basic foundational data such as passes, shots, crosses and assists. But we also take things a little further.  By adding additional qualifiers, and context that’s only possible using cutting-edge AI-driven data analysis techniques, we also have created some brand new metrics.

Here is a quick snapshot of some of them.  Keep an eye out for some of these as you’re watching the best in the world fight for the game’s greatest prize in France this summer.  We certainly will be.

When a team is defending, teams like to set up in horizontal lines so it’s difficult to play behind, over, around, or through them. Line-breaking passes are passes that bypass and go through one of those defensive lines. This way, we can know how many times a player played a pass that bypassed a line.

Successful line-breaking passes are a key weapon in an attacking team’s armoury, leading to more consistent scoring opportunities throughout the course of a match.

As you can see in the example, there are several horizontal lines the defending team has organized themselves in. Additionally, you can see that the passer plays the ball through one of those defensive lines, to then break it. 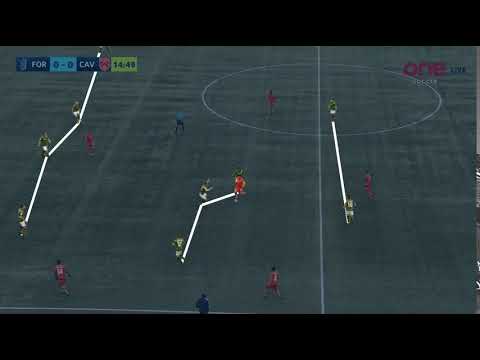 Penetrative Passes are similar to line-breaking passes, but not exactly the same.

In this case, we look for if the pass starts outside the defensive block (ie. those horizontal lines we mentioned before, but collectively this time) and finishes within the defensive block. This can be either vertically or laterally (check the examples, below). This is a good indication of either how good a team is at defending collectively by not allowing a lot to happen, or how good a team is at passing into the centre of the defence. If a team manages to execute these well they’re going to destabilize the defence more often than not.

In the two examples below, we group the defenders collectively into the entire defensive shape, or block. You can see both passes start outside of the block and get received within the block, thus penetrating the block. 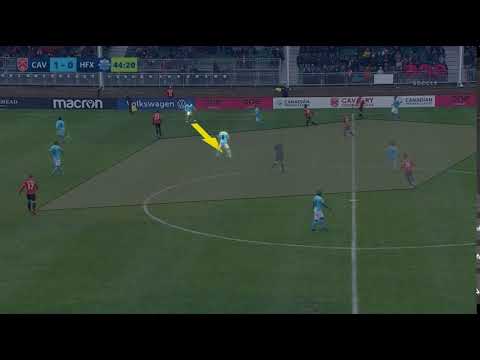 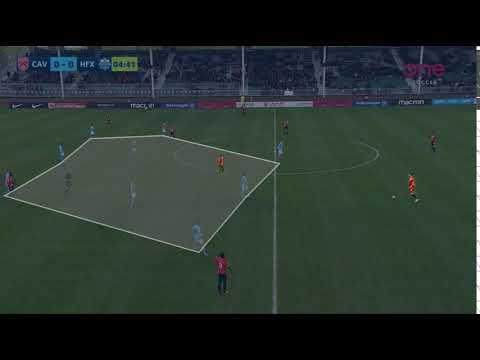 Yes, another passing stat - but this one is deadly. This covers the other way of breaking down a defence: Behind. We look for passes that are played behind the defence at the moment of the pass because, unsurprisingly, this stretches the defence and creates depth. Depth is essentially vertical space. By creating depth, depth creates more space between the lines within the block. An easy example of a Pass in Behind is a Through-Ball or a Depth Pass (also known as Pass into Depth). 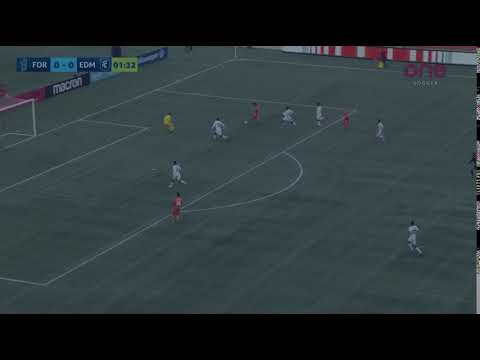 If an attacking team can’t play behind, over, around, or through the defence, it means the opposition is doing something right. Most likely it’s because there isn’t a clear passing option or the passer is under pressure. A relief reception is when a player receives a pass that only had 0 or 1 options and/or is under pressure.

Players that do this are key to keeping an attack going and helping bail their teammates out of tough situations. Look for the defensive midfielders to be those players always available for a pass.  This can help teams recycle, rather than turn-over, possession - a key currency in the modern game.

And this is just some of the context we add to the most basic of actions - the humble pass. This is just the start for us, and for the teams we work with. We’re on a mission to help people understand sport more deeply but highlighting what has been watched, but not seen.

Want to learn more about how we watch the game? Don't miss Sportlogiq Data Analyst, Evin Keane's presentation on Augmenting Metrics at Scale with Broadcast Tracking at the Seattle Sounders Sports Science and Analytics Conference on June 22nd at 3pm.