Craig Buntin Chats About AI and Sports With CB Insights 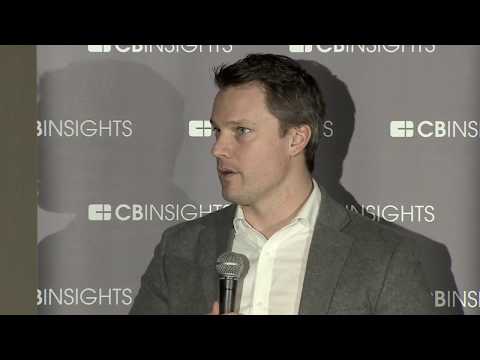 In December, we announced that we were named by CB Insights to the AI 100, a prestigious list of the world’s most promising companies working on groundbreaking AI technology.

You can now watch their interview with our CEO, Craig Buntin.

What big problem does your company solve?

“Right now in sports analytics, data is collected by having thousands of people sitting in front of a computer and manually tagging video, or by putting big, bulky, expensive hardware in stadiums. What we are doing is just taking standard broadcast feeds and using software to track and analyze the way players move in the game.”

How are you using AI to address this problem?

“We have 7 full-time PhDs who are working on patented technologies to measure at a pixel-level where a player’s body motions are (…) The ability to collect that level of information and the ability to find patterns in the way players are moving is really cutting edge AI.”

What is unique about your company?

“Co-founding the company was myself, former Olympic athlete, and my co-founder who is a PhD in computer vision. We were on such opposite sides of the spectrum that we were really able to approach different problems from totally different perspectives, and what originally started out as a communications problem actually ended up becoming one of the greatest advantages we have.”

What do your customers value the most about what you do?